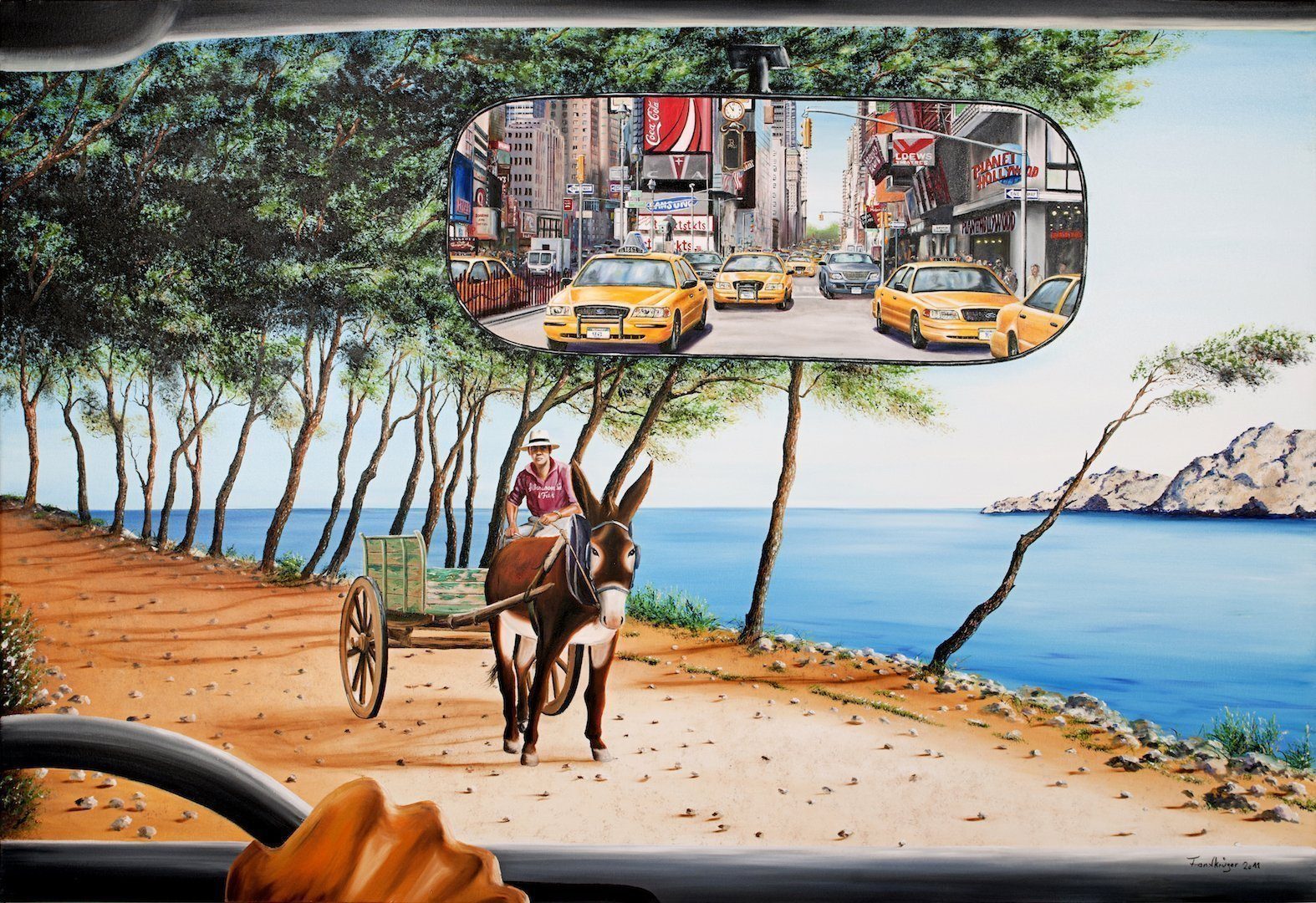 Buy this artwork as print art in our shop


El retrovisor is an absolute masterpiece by Frank Krüger. A combination of two opposites that couldn’t be better combined: New York and Mallorca.

As an artist, Frank travels the world a lot. In 2011, inspired by a visit to New York, he painted “El retrovisor”. A successful piece of art in which Frank put a lot of effort and time.

Shown is the headland of the Cala Agulla when driving east. The rock formation in the background is affectionately called “El crocodilo” by the locals. The young man on the donkey cart represents the artist at the age of 16.

In contrast to the rural idyll, the rear-view mirror shows the New York’s Times Square.

The picture contains an unbelievable number of details that the viewer has to discover. The rear-view mirror, for example, shows a sign of the Galería Frank Krüger. The display of the clock is also deliberately chosen: five to twelve!

On closer inspection, the young man’s shirt also illustrates the artist’s love to New York. To recognize is a well-known American fashion brand.

Frank expresses his love for New York and Mallorca in detail.

The rear-view mirror can be interpreted in different ways. On the one hand as an escape from traffic or everyday life – leaving everything behind. For Frank Krüger, however, it stands for the longing for New York.